Institution saved to your shortlist.

A team from the Department of Health and Environmental Science at XJTLU has won first prize at the award ceremony of the 7th LANXESS China University Students Research Competition— “Clean Water for Better Life”—held in Shanghai. The team conducted research on the occurrence, distribution, risk assessment and management of environmental estrogens in surface water of the Taihu basin, one of the largest freshwater lakes in China. 43 teams took part in the competition. 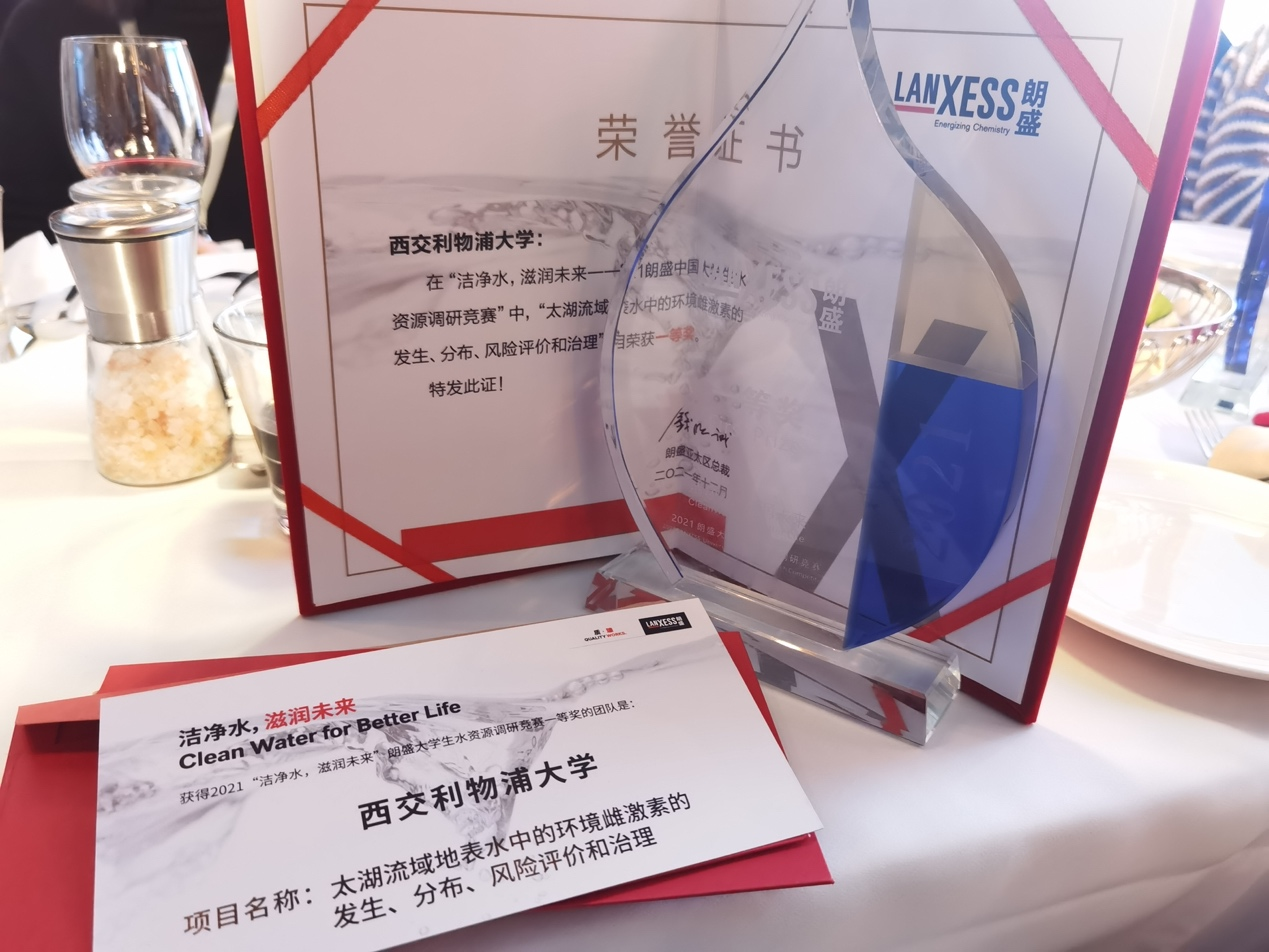 The competition was co-hosted by LANXESS, a German specialty chemicals company together with the “China Sustainability Tribune” magazine. This year’s theme was “Safety and Recycling of Urban and Industrial Water”. Dr Lei Han from the Department of Health and Environmental Sciences at XJTLU, was the instructor, and Minhao Wang, one of the Department’s doctoral students who studies environmental heterogeneous organic chemistry, was the team leader. The members were Hongran Ding, Guiyu Liang, Luyue Yang, Ting Tong, Xueyin Wang and Dongling Li—all undergraduates in the Department. They carried out sampling and analysis for estrogen in East Taihu, Yangcheng Lake, Shang Lake, Dushu Lake, and Jinji Lake in the Taihu basin. The team then followed up with environmental pollution source investigation, risk assessment, and a management plan.

The team detected five kinds of environment estrogen and six water quality index at 45 monitoring points in the Taihu basin, among which estrogen was the highest in concentration, while others were relatively low. Minhao Wang, the team leader, says, “We found that within existing literature there’s little research and few tests of estrogen in the Taihu basin, despite it being a risk to human health.”

“Other than naturally occurring oestrogen in water, many human activities can lead to excessive estrogen, such as the discharge of drugs, cosmetics and aquaculture. During the field research, we found that there were some tourist attractions around the lakes, which discharged sewage and animal waste that considerably affected the estrogen concentration.”

Wang says that besides biological treatment, the team hope to provide some feasible solutions from the perspective of environmental management to prevent and manage estrogen discharge as much as possible.
“We recommend using oestrogen as little as possible in aquacultural areas, or designating water intake areas where aquaculture is forbidden, to ensure the purity of water. Policies and regulations should also be in place to regulate sewage discharge.”

In the competition, the team worked hard to overcome the challenges in finding the right experimental method. Minhao Wang says, “We used to design the experiment based on literature, but in reality, many methods that we had read about could not be repeated. So, we kept on adjusting the instrument parameters and took time to explore the right plan.” 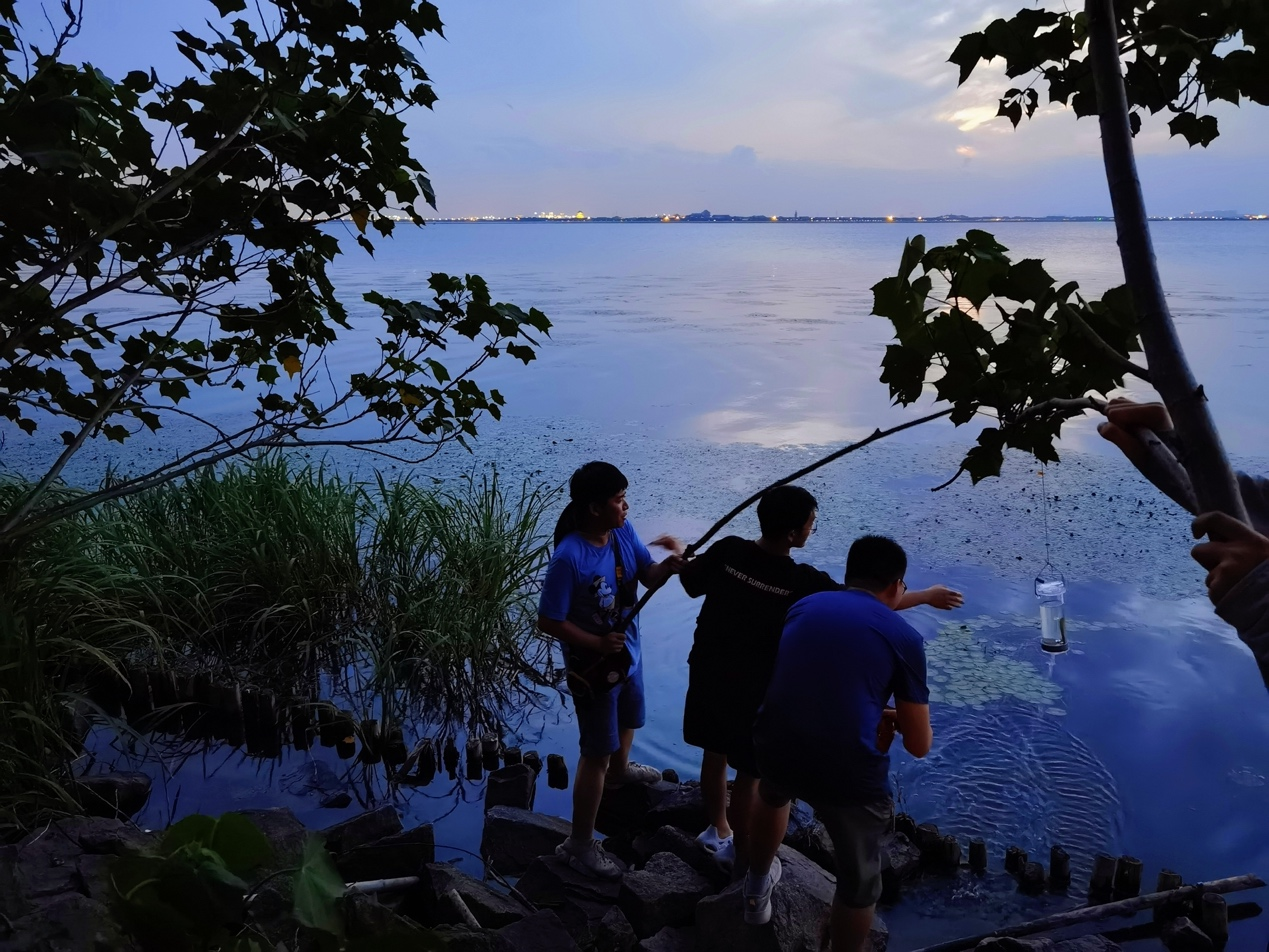 “The competition is not the end, but the beginning of our research on water. I hope that more people will pay attention to water pollution and oestrogen, the new trend in water studies and research. Hopefully in the future, our planet can have a healthy ecosystem with minimal pollution,” says Wang.